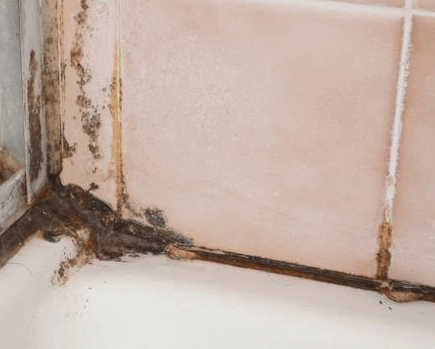 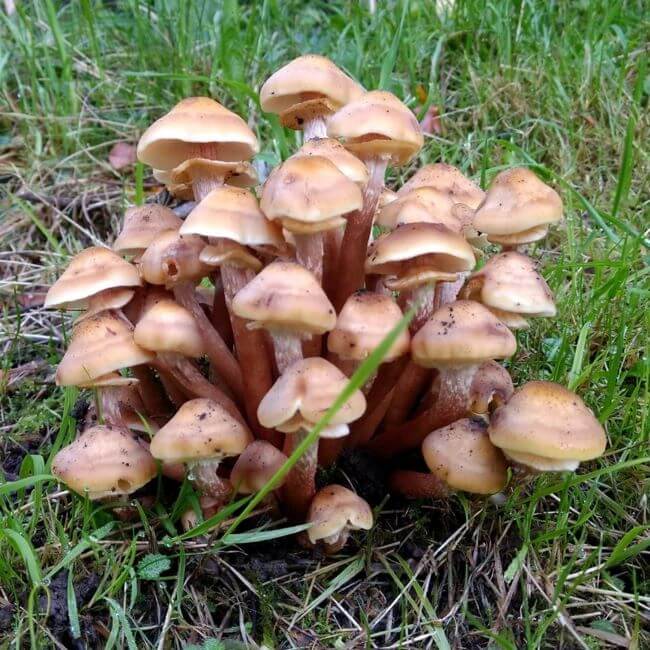 Some fungi are our friends, or our food.
As professional cleaners, one of our tasks is to deal with mould and mildew. Although small patches of mould can be dealt with as part of regular weekly or fortnightly cleaning, removing major mould attacks is time-consuming and definitely comes under the umbrella of deep cleaning.

Why are mould and mildew so bad? Mildew is just another word for mould, and mould is a type of fungus. When we talk about mould and mildew we’re usually talking about the kinds of fungi that cause food spoilage or grow in places where we don’t want them, on our bathroom tiles for example. Breathing in fungal spores can cause health problems for vulnerable people, such as infants, the elderly, allergy sufferers and those with weakened immune systems. Even if mould in your house doesn’t necessarily make you ill, if left unchecked it will damage the property. It has an unpleasant “mildewy” smell and the sight of it is depressing.

The black spots or discolouration we see are only on the surface: the feeding part fungi are their mycelia, the microscopic root-like network that grows into the substrate. Just as fungi will eat away at a piece of fruit, they will consume parts of your home, destroying the structural integrity of things like tile grout or soft wood.

Like most microorganisms, fungi thrive in damp conditions. The most problematic room in the house tends to be the bathroom, for obvious reasons. Baths don’t produce very much steam but showers produce a lot, and this steam condenses on bathroom surfaces if it can’t escape. Therefore bathrooms need good extractor fans, and they also need to be sufficiently heated, because if they’re cold condensation will form before the steam can be extracted. Good heating and ventilation will help to evaporate the water that sits in the shower after use. Showers that stay wet for hours on end are bound to have a mould problem, even when cleaned every week.

The sealant around the shower tray, the strip along the bottom of the shower door and the joins between the shower wall and the shower door are where mould first strikes. Mould on the silicon sealant should be removed immediately, because once it grows under the sealant the only real option is to remove the sealant, treat the area with a fungicidal agent, and reapply the sealant.  Likewise, if mould grows into the tile grout, you’ll have to re-grout the tiles in order to get rid of it.

I advise being proactive! For fungus, prevention is better than cure. Avoid placing shampoo bottles etc. close to the silicon sealant, as they will trap moisture. You could dry the shower with a squeegee after every use, though not everyone has time for this. Certainly it’s worth the effort to dry any area where water pools, whether this be behind the bath taps or in alcoves built into the shower. Keep a bottle of an anti-mould product (e.g. Astonish Mould and Mildew Blaster, £2.99 on Amazon or £1 from Poundland) in the bathroom to be used at the first hint of a black spot or any pink or orange discolouration. You could even get trigger-happy with the stuff and spray it onto the silicon once a week. Though this may not sound environmentally friendly, in my opinion having to replace bathroom fittings would be even more harmful to the environment.

Mould and mildew removers invariably contain bleach (sodium hypochlorite). If you don’t want to buy a special product, you can just treat mould with bleach applied to a sponge. However, bleach-containing products will damage some surfaces. For example, they’ll leave white marks on painted walls, especially if the paint isn’t washable. Bleach cannot be used on soft furnishings or wallpaper.

Therefore, when mould forms in rooms other than the bathroom, it may be time to invest in a dehumidifier, or at least analyse the factors creating excess moisture in your home.

Here are some common culprits:

Some simple steps can keep your house dry enough to keep the fungi at bay. Turn the heating on in the bathroom before you shower, and leave the fan running for at least 10 minutes after you’ve finished showering. Vacuum the outlets of the extractor fans to keep them clean and working well. Open the windows on a regular basis: although this will let heat escape, it will also let moisture escape, and dry air requires less energy to heat.

Mould spores are everywhere, yet they will only germinate in damp conditions. Remember this and you’ll have a head start in keeping your home free of fungus.